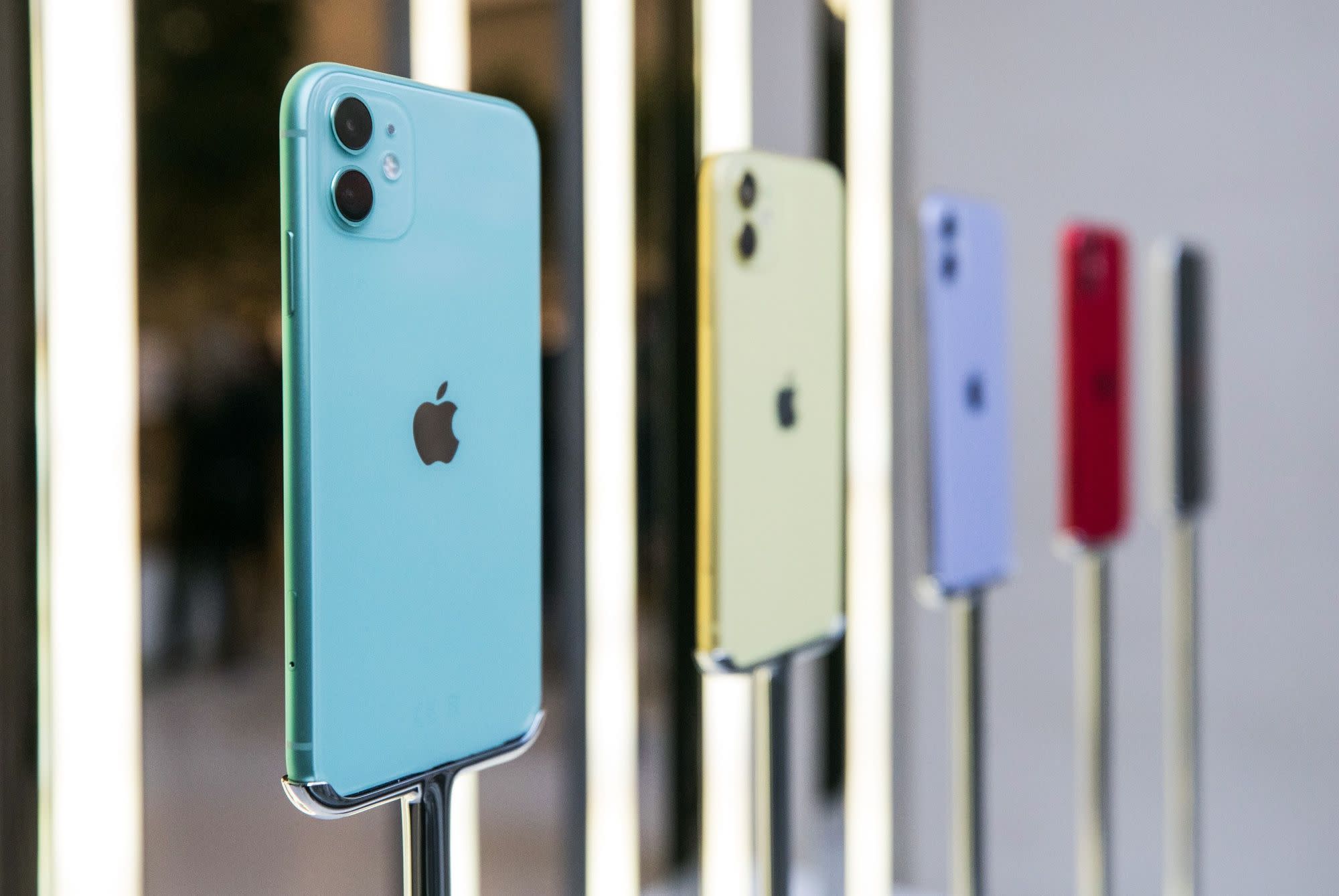 (Bloomberg) — Apple Inc. reported quarterly revenue that topped $100 billion for the first time, fueled by strong holiday sales of the iPhone 12, the company’s first device for 5G wireless networks.Shares of the the Cupertino, California-based technology giant were little changed in extended trading. The stock had surged more than 20% in the past three months, so results that crushed Wall Street estimates weren’t enough to propel the shares higher.Apple also didn’t provide a revenue forecast for the fourth quarter in a row. The company previously cited uncertainty from the Covid-19 pandemic in choosing not to provide projections.“It was an extremely strong quarter. What’s likely weighing on the stock at the moment is that they didn’t give guidance,” said Shannon Cross of Cross Research.Sales jumped 21% to $111.4 billion in the period ended Dec. 26, the company said in a statement. Analysts, on average, expected $103.1 billion, according to data compiled by Bloomberg. Profit was $1.68 a share, also topping Wall Street estimates.Expectations have been sky high for the company on suggestions of a new iPhone “super cycle,” where millions of existing users upgrade aging Apple handsets. The company also recently introduced other new devices, including an updated Apple Watch, and demand increased for iPads, Mac computers and services from consumers working and studying from home during the pandemic.Revenue was propelled by the iPhone 12, the first iPhone line to include four new models and 5G capabilities. Handset sales were $65.6 billion, easily beating Wall Street estimates of $60.3 billion.“Our December quarter business performance was fueled by double-digit growth in each product category, which drove all-time revenue records in each of our geographic segments and an all-time high for our installed base of active devices,” Luca Maestri, Apple’s chief financial officer, said in a statement.Beyond the iPhone, Apple reported iPad sales of $8.44 billion, topping projections of $7.58 billion. The company launched a redesigned iPad Air and a faster entry-level model during the quarter. Mac sales were $8.68 billion, missing estimates of $8.86 billion. That comes despite Apple launching a new MacBook Pro, Mac mini and MacBook Air during the quarter.“They were probably supply constrained during the quarter. There are still significant delays for shipments for some models,” Cross said.The influx of new hardware purchases also led to strong growth of the services segment, which includes the App Store, iTunes, Apple Music, and iCloud. The company reported $15.8 billion from services in the quarter, topping estimates of $14.9 billion.Apple launched four major new products in the quarter into its Wearables, Home, and Accessories segment: the Apple Watch Series 6, Apple Watch SE, the HomePod mini speaker and AirPods Max headphones. Those devices gave Apple its strongest quarter to date for that segment with revenue of $12.97 billion. Analysts estimated $11.84 billion.Apple saw significant growth in all major geographies, including in Greater China where sales jumped to $21.3 billion from $13.6 billion a year ago. The company reported $46.3 billion in revenue in the Americas region, up about $5 billion from the year-ago period.(Updates with revenue from additional products in ninth paragraph.)For more articles like this, please visit us at bloomberg.comSubscribe now to stay ahead with the most trusted business news source.©2021 Bloomberg L.P.

: Pfizer to seek authorization of COVID-19 pill ‘as soon as possible’

Jeff Reeves’s Strength in Numbers: Should you buy Alphabet stock now? A total of 98% of analysts consider it a ‘buy’

How empty boxes worsened stress on the US supply chain http://dlvr.it/SCkXnG